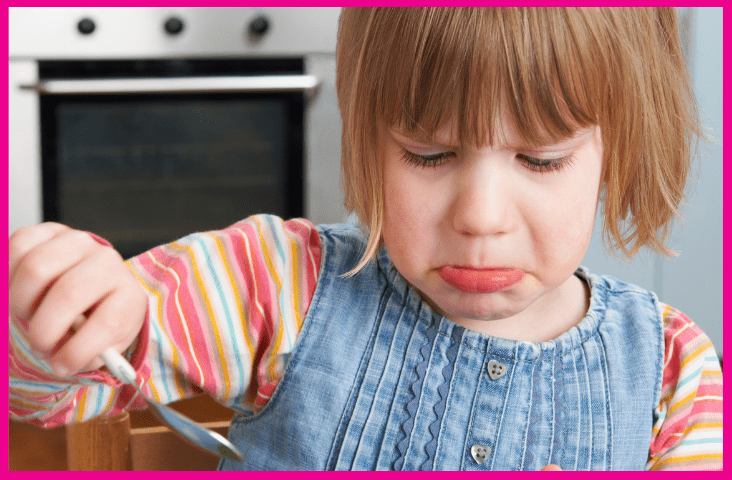 When I chat to parents of younger children, by far the most common food issue begins with, ‘My child won’t eat… (insert vegetables, meat, fruit, anything green, and so on).’ Trying to get our little ones to eat foods they’re not keen on can be such a source of stress for parents and carers and may cause regular mealtime battles that can even lead to problems becoming worse.

While there is no magical cure to children’s fussiness, it’s reassuring to know that they will generally increase the range of foods they eat as they get older. In the meantime, here are a range of techniques and tricks I’ve found have helped with my boys as well as friends’ children and those I’ve worked with. Please note that these ideas cover a range of ages and stages. Do ensure any food tips you try are of a suitable texture for your child’s age and stage of weaning or eating.

Hopefully, some of these ideas are useful to those of you who struggle to get your little ones to eat a balanced diet. It can be stressful for some children to try something new, and sometimes even just to pick it up and look at it or smell it. Thus, it’s great to praise children for any step forward, however small, not just if they actually swallow the food.

I’ve left out the obvious suggestion of hiding the food your child dislikes in other things they’re eating, and focussed on ways to convince them to knowingly taste new foods. However, if all else fails, that can be an option for helping your child to get the range of foods their bodies need. I’ll have suggestions on this topic in a future blog.

Of course, many of you will have already found other ideas that work for you. If you’d like to share them with other Mother Duck families, please do feel free to pass it on to a member of staff who’ll forward it to me to share with everyone in a future blog.

To read more about healthy eating for children, try this website.

MEDICAL DISCLAIMER: Please note that this blog is for general information only, and should not be taken as a substitute for qualified medical advice. Please discuss medical issues with your child’s doctor before taking any action.

About Fiona: Fiona Hinton is a dietitian, but describes herself as a nutrition translator, taking the science of nutrition and translating it into foods we love to eat, to nourish both body and soul. She has over 20 years of experience as a dietitian, working in a wide range of areas from hospital wards to running her own private practice. Fiona has a special interest in children’s nutrition. As a mum of three school-age boys, she has first-hand experience of the issues associated with feeding young children, such as weaning and fussiness. Fiona specialises in real-life strategies and practical suggestions to convert nutrition advice into food kids will eat. Fiona has collaborated on several books, including one with best-selling children’s food writer Annabel Karmel, as well as training childcare staff in children’s nutrition.